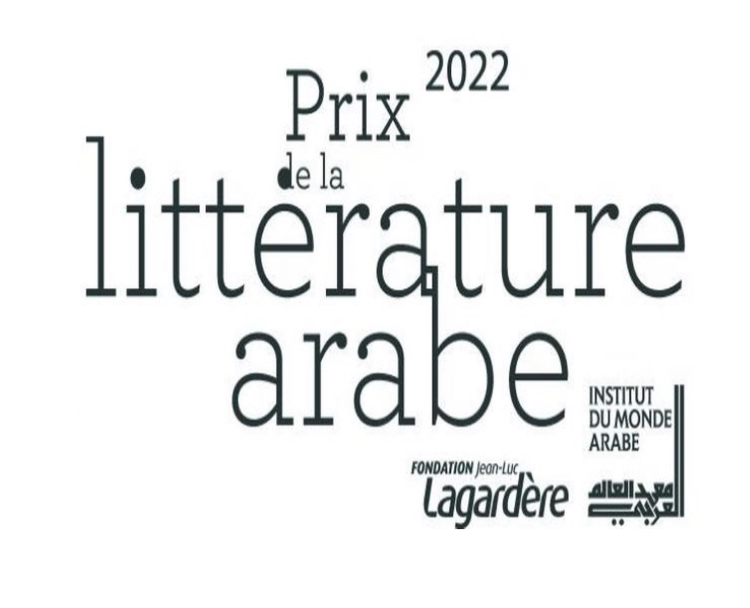 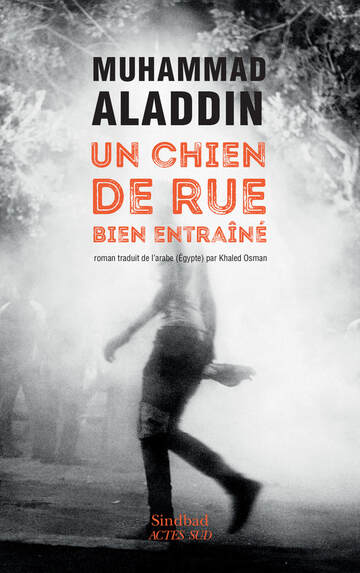 As of February the 2nd 2022, Aladdin's A Well-trained Stray is out in its French translation. The book has yet to receive raving critiques in Livers Hebdo,  Le Monde, and L'Orient Littéraire. It is recommended to read by L'Humanité.  It's translated by Khaled Osman and published by Sinbad- Actues Sud.
You can check the novel's page by the publisher here. 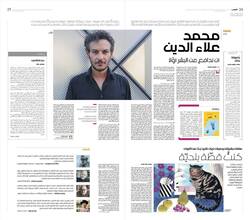 See Aladdin's latest interview with Al Araby Al Jadeed, about his life and writings here. Also one chapter of Al A'araf was published along the interview here.
Open discussion with Aladdin about his novels next August 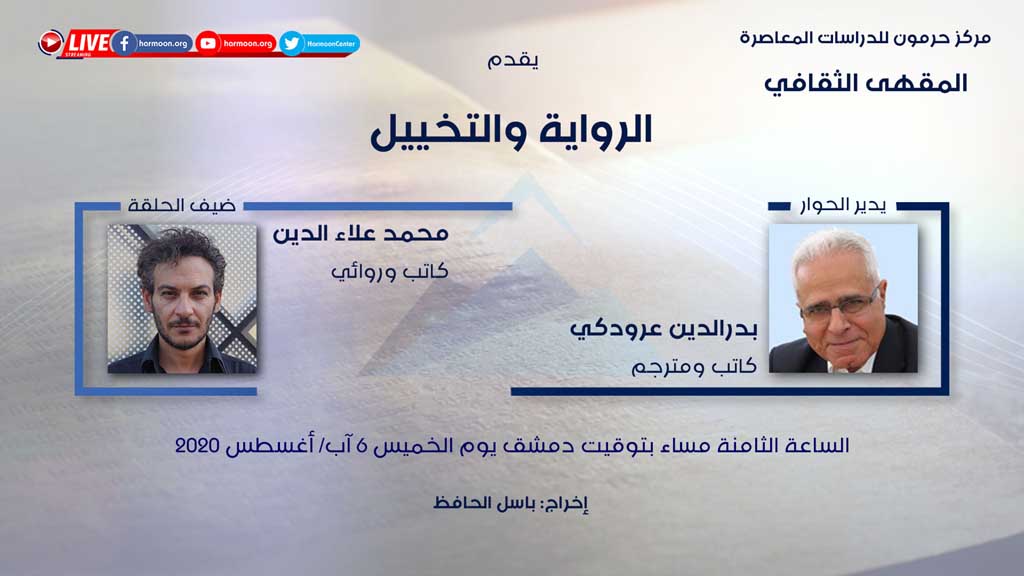 On next August 6th, 2020, Aladdin will be interviewed with Prof. Badr Eddine Arodaky, the prestigious writer and translator, former Deputy General Director of the Parisian L' Institute De Mond Arabe, in an open online discussion about his writings under the title "Novel and Imagination." That would take place at 8:00 pm (Damascus Time), hosted by Harmoon Center for Contemporary Studies. For more details, please check the interview page here. (Arabic.)

Season of Migration to Arkadia now is
​ a free E-book

After ten days of disappearance, beginning in the last days of September 2019, the Egyptian police have released Muhammad Aladdin after "kidnapping" him. Aladdin was arrested amid the Egyptian force's mass arrests of Egyptian citizens based on the content they published on social media. Aladdin, a staunch opposer to the regime of Egypt's president, Abdul Fatah Al Sisi, was no exception.
Since his arrest, Aladdin received overwhelming support from many organizations and individuals around the globe, as PEN international, The International Bookfair of Turin, tweets from fellow writers like Alaa Al Aswani, besides a petition for his release, along with another writer, signed by around 400 Egyptian intellectuals and writers.

The Season of Migration to Arkadia wins The Sawiris Cultural Award

Aladdin's The Season of Migration to Arkadia has won the 2017 Sawiris Cultural Award for the Best Story Collection--First Rank. The SCA is the most prestigious literary private award in Egypt.
​For reading the English translation of the title story, translated by the revered translator Humphrey T. Davies, please click HERE. 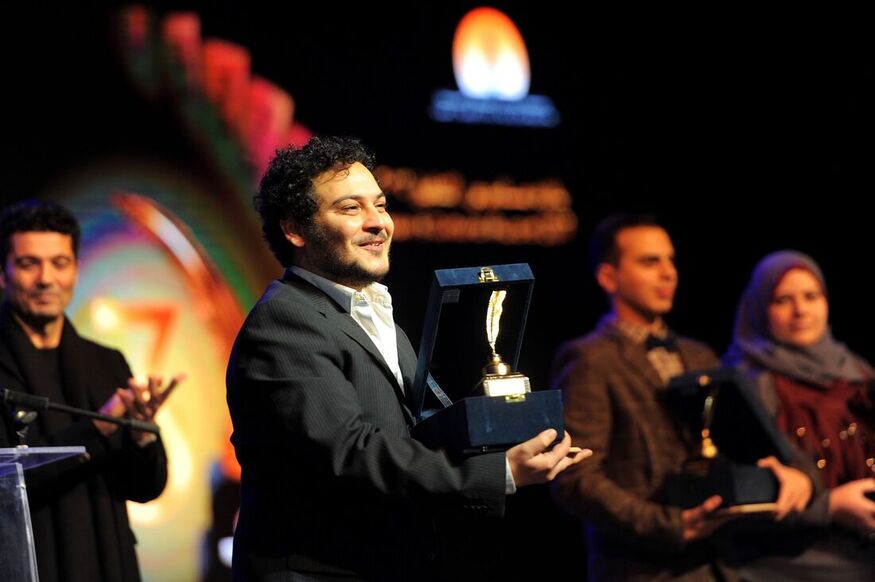 Aladdin presenting A Well-trained Stray in Bergamo and Rome 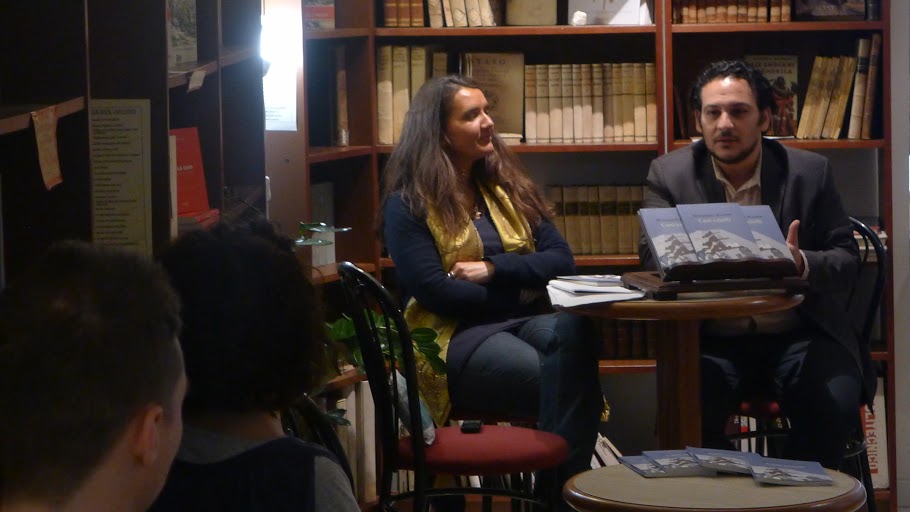 Aladdin has continued his successful tour in Italy, presenting the book at Macondo Book Cafe in Bergamo, along with Prof. Paula Gandulfi of Venice university, and in Libreria L'Angolo dell'Avventura in Rome, along with Italian journalist Guilia Bossitti. 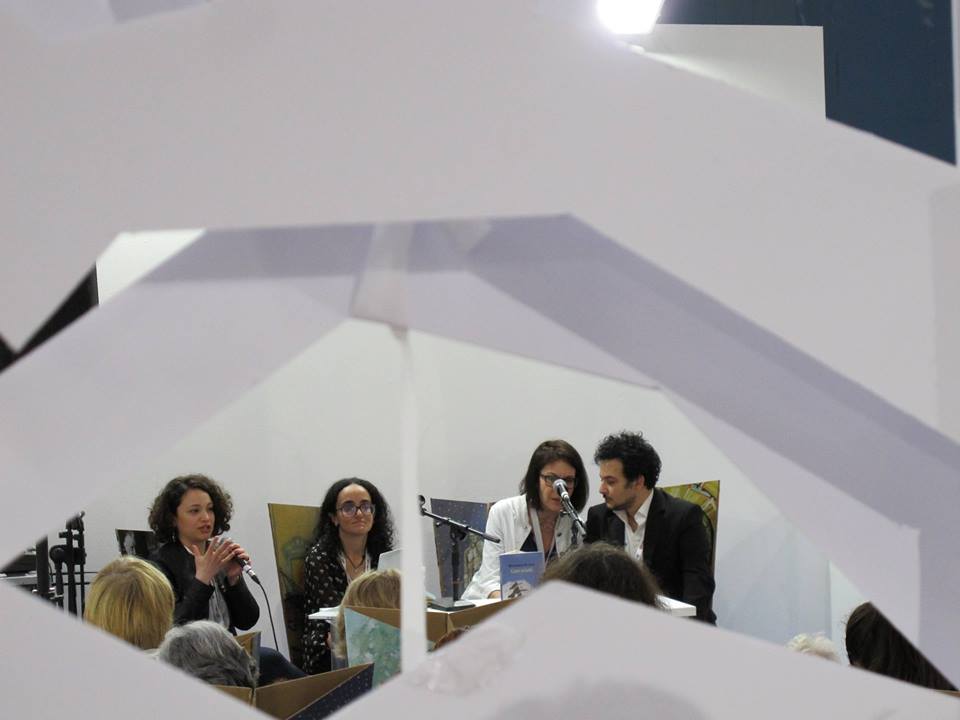 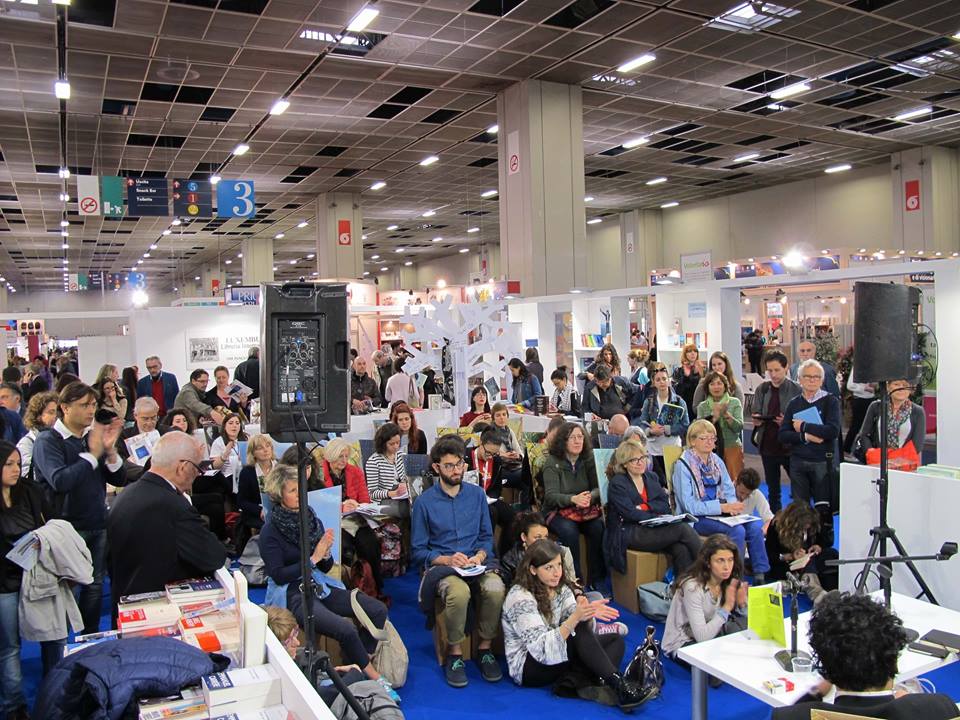 Aladdin has presented his A Well-trained Stray (Italian name: Cani Sciolti) with the warm reception of the festival and its attendees, as the only Arabic language novel presented in the famous book fair, while the Arab States are the guest of honour of this year. The novel was presented as one novel summarising a whole generation, and while Aladdin denied that was his ambition, or that a novel could be doing such a role, he said he'd feel honoured if that was true. What's important is Aladdin's reply when some audience has asked him for politics and literature: Aladdin, however, does not want to conduct political battles nor stand as the head of a cultural revolution: "What matters is the freedom to say what you think. As a writer, I do not have an obligation to give a political meaning to what is realized. Our task is to speak of ideas, it is true, but first of all the people, they are presidents, dictators or men in the street.
For a summary of the presentation, you can see it here on the official Turin Book Fair website. (Italian) 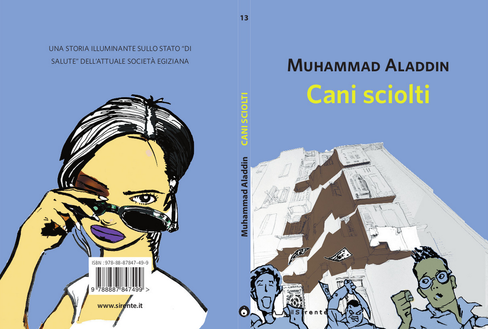 Aladdin's latest, A Well-trained Stray, translated into Italian under the name Cani Sicolti (Loose Dogs), will be the only Arab novel to be presented, along with its author, at the International Book Fair in Turin, Italy. As one of the most prominent book fairs globally, along with the "Arab States" being the official guest this year, it's a remarkable event.
Aladdin will be in the presentation, which will be hosted by The International Salon for Literature/Turin Book Fair on May the 13th 2016, presented by the Egyptian Lina Attallah, and the Italian Laura Capon, both noted journalists from Egypt and Italy. Later on, Il Sirente publishing house will hold a book signing for the book.

Aladdin has joined the Arabic service of the Dutch International Radio (Huna Sotak) since April 2016. He's writing his articles in social, political and cultural critique for the prestigious service; you'd find a link to it on Aladdin Journalism page. 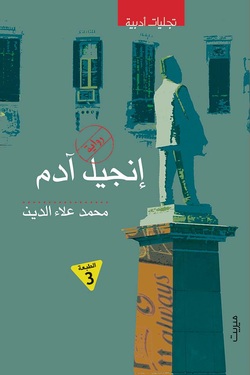 Finally, Aladdin has granted Merit Publication the right for a new edition of his masterpiece, The Gospel According to Adam, so it will be available again in print. That's the 3rd edition of the famous novel, which Arab and Egyptian critics considered it "A breakthrough in Egyptian and Arabic modern narration". The edition would be available supposedly at the next Cairo International Book Fair in January 2016.

A new excerpt of The Gospel According to Adam was published on Arabic Literature in English blog, along with a quick Q& A with Aladdin. The excerpt was translated by the great translator Humphrey T. Davies (The Yacoubian Building, Gates of the Sun, Being Abbas Al Abd). You can read the excerpt HERE. 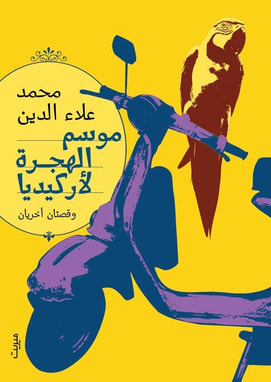 In January 2015, Aladdin published his latest book, The Season of Migration to Arkidea, which contains the other two long stories along with the title story. Arkadia story was already published in Dutch and Italian before the Arabic print in a book. The book was published by Merit Publishing, Cairo.

​
As joining The Nameless Foundation in South Africa, Aladdin's first written short story The City of Z (which was originally published in the Arabic in 2008) will be published in a gift book for a major African railway company. An electronic version will be published on the company's blog, in mid-2014. More details later.